Employee Recognition and Politics in the Workplace 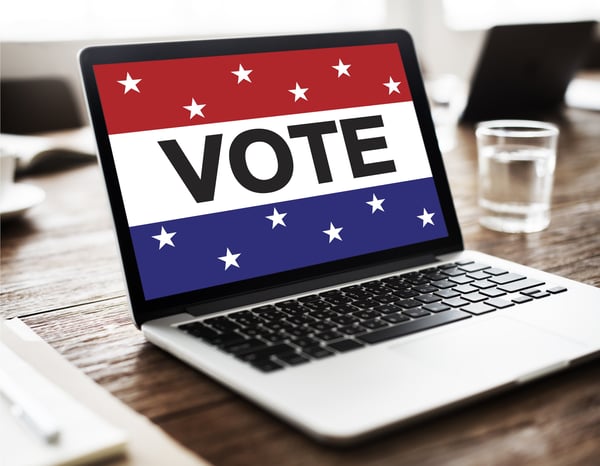 The Mingling of Politics and Work

In the light of the county’s current political environment, I found myself reflecting on how this tumultuous atmosphere is impacting our nation’s workforce. We’d all agree that healthy dialogue is a good thing; but when does political discourse actually become disruptive to workplace harmony? And what can happen when national politics turn into demoralizing office politics?

Politics and the Workplace – a Bad Marriage

I recently read an article in the Houston Chronicle that makes some excellent points on how damaging politics of any stripe can be to the workplace environment. According to the author, “Disruptive politics in the workplace can involve employees' differing opinions about issues of public policy as well as the politics of the workplace itself”. While some employees may be distracting each other with current non-stop political talk, others may be busy undermining their co-workers with backstabbing gossip and devious power plays. The author goes on to describe the following negative impacts of disruptive politics on the workplace:

What a Wise Manager Can Do

Politics, whether within or outside of the workplace, will always be a reality of life. But a smart manager can minimize their potential conflicts by ensuring that the work environment encourages mutual respect and acceptance of differences of opinion and beliefs. He or she can also establish a political culture that eliminates favoritism, promotes equal treatment, and has zero tolerance for back-stabbing and gossip. It goes without saying that this same approach is absolutely critical to the success of any employee recognition program. If employees know they will be equitably treated for their work outputs, distracting political discussions will decrease and productivity will rise. When rewarding employees, favoritism and preferentialism are definitely the enemies. Impartiality and fair play are the heroes. Let us make you a hero!